The valley of the meandering River Lowen is sheltered and fertile. It is known for fine cattle and grain, and has a long-running rivalry with more southerly regions.

The people of the Lowen have a reputation for being steady, no-nonsense types. They dislike fripperies and affectations; instead, they aspire to work hard and speak plainly, though this doesn’t stop them driving a notoriously hard bargain. As there are no towns nearby to rival Carhais, there is a certain divide between city and countryside, with the cityfolk cultivating a reputation as canny traders and craftspeople while the countryfolk maintain that they are the backbone of the nation and will fight you to prove it. The two sides will however unite instantly if outsiders try to get between them.

At the same time they are known for religious devotion. The Lowen Valley is a place where people hold their traditions dear and make regular sacrifice to their ancestors. With the Heart of Fire to the northwest and the Heart of Metal to the south they are also reminded of the presence of the elements in their lives. (It’s said by southerners that the meeting of Fire and Metal makes them bad-tempered and grudging, though the locals tend to refute or ignore the accusation.) Carhais itself has a small Seeker community, who are largely accepted by the locals but keep to themselves.

Of the three major factions, there is some support for the Noble Houses and the less hardline Reformist schools, but the Armies have the strongest appeal. Lowen folk do well as soldiers and see it as a solid, respectable career - not to mention that they are notoriously bloody-minded when defending their home turf.

People from the Lowen tend to dress more soberly and less extravagantly than those from other regions. They like to look capable and practical: commoners may wear the tools of their trade as badges (or weapons), while nobles often dress for hunting or riding even when they are in a more casual setting. Polearms and two-handed swords are popular, as are longbows and heavy crossbows. 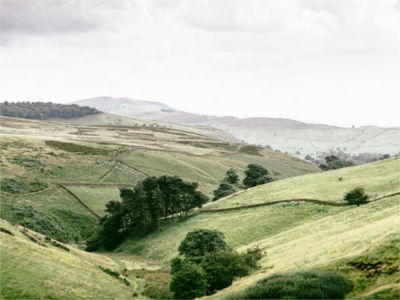 A stranger could be forgiven for thinking Carhais began as a merchant town given that it straddles two major roads and a river crossing, but it began as the base of administration and leave for the Army of the North. It was far enough from the dangerous interior that people could relax, but close enough to the farmers to provide protection and a strong link in their supply chain.
Once the crafters realised just how much an Army would buy in terms of good steel and solid wood the city grew rapidly. Once the merchants realised they had all the buyers they’d ever need in one place the process spiralled, drawing in any and all traders until barely any remained in the rest of the valley.

As such the ancient centre of Carhais is not what most people would consider a normal city, having been meticulously planned and tested in canvas long before stone. Even the later sections of the city attempt some kind of order rather than snarled backstreets to try and keep things neat. Getting assigned to Carhais is considered the cushiest post in the Northern Army given that the only things to do are repair roads, fight off the occasional bear, and help keep watch in the beautiful, peaceful valley most of them call home.

While there are no towns near Carhais big enough to be noted on a map, the collective power of the River Villages should not be ignored. People outside the valley criticise the lack of opportunity for those in the villages, but any arguments against the twin points of ‘Why spend more than you have to on getting around?’ and ‘Fewer people out here means more farmland’ have failed to gain traction with the practical locals.

Despite how small the villages are they are by no means isolated. The roads are kept in excellent condition by soldiers assigned to Carhais, there is always at least one cart a day travelling to any village, and no farmhand worth their flour would refuse a walking person a lift unless there were simply no room left. To lose contact with a village entirely is unheard of - unless something has gone severely wrong - in which case the nearby villagers will investigate before the sun sets.

This constant communication between the villages and the City means that gossip spreads like wildfire and the rumour mill acts like the valley is one giant village, though it may take a few days until common knowledge in the east is as well known upriver.

The Heart of Metal

The Heart of Metal is an immense, towering mountain rising from the hills south of the Lowen. The rugged slopes and valleys below are rich in ore and gems, but the true wonders are part of the mountain itself. The crags are riddled with hidden gorges, spectacular cliffs, and caves of crystal, while the peak itself is said to be impossible to climb except with the favour of the spirits of Metal.