Part of a series about the nations of the world of Arginet.

Despite its traditional policy of splendid isolation, Arginet is far from the only country in the world, and a number of its citizens have travelled abroad to trade, fight, or learn. Sea monsters unleashed in the Breaking have made travel abroad infrequent and perilous but messages can still be sent through the Rite of Sending.

All of the nations with which Arginet has a traditional connection are on a continent that is at its nearest point about three hundred miles to the southwest.

A rich and fertile land ruled by a powerful warrior caste.

A northerly republic with a proud, self-sufficient citizenry.

Exotic trading cities, nomad riders, and a culture of mystery and intrigue.

The unexplored northwestern reaches of the mainland. 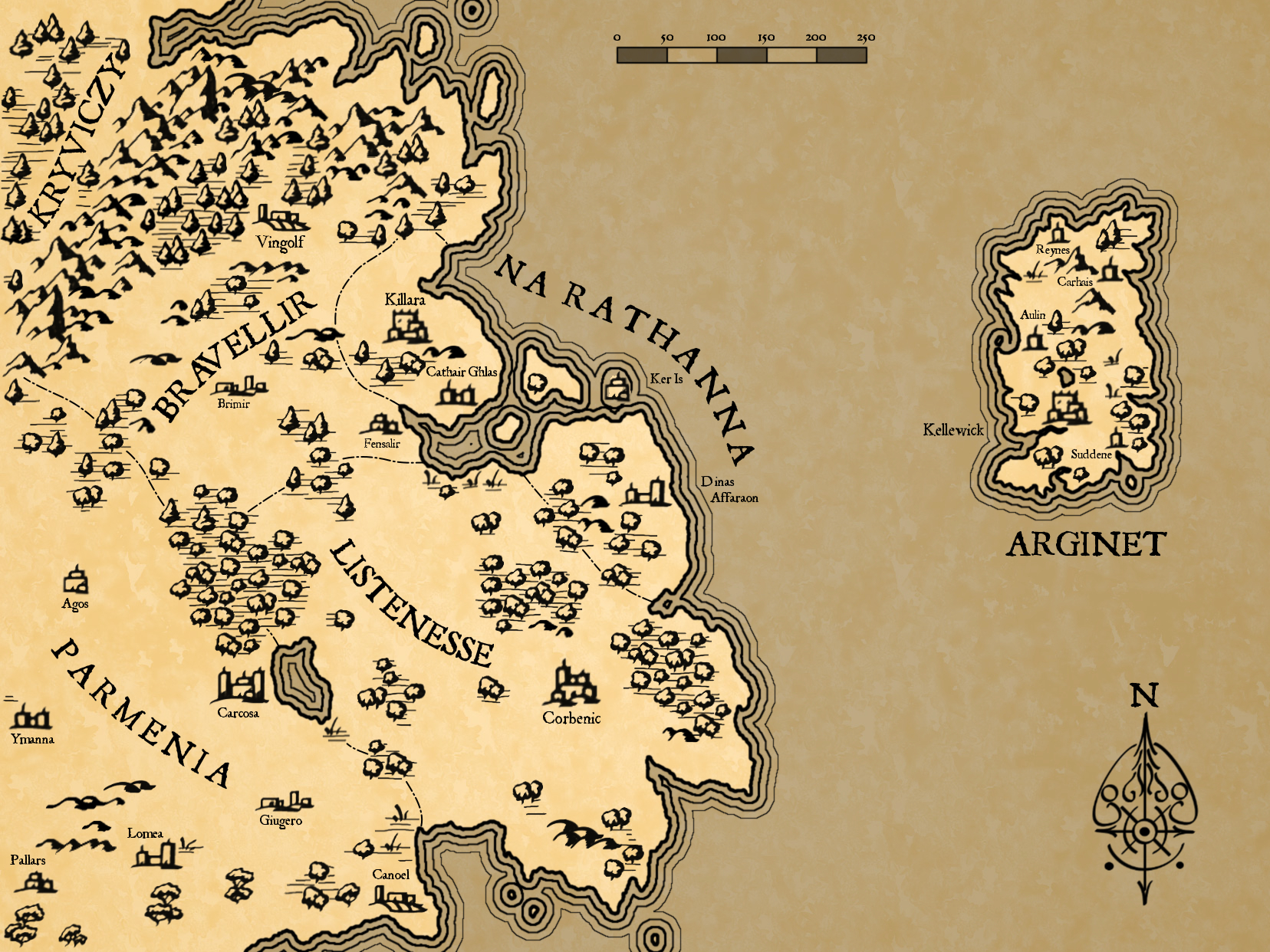