The south and southeast of Arginet consists of open country rolling down to the sea. It benefits from fertile soil, sheltered harbours, and a mild climate, and unsurprisingly it produces a great deal of the nation’s food.

Despite its idyllic name the Summer Coast suffers particularly from the ills of Arginese society. There is a greater gap between rich and poor here than perhaps anywhere else in the realm: the great wealth of the farms and ports is contested between the ruling nobles and a few successful commoners, while the masses of the peasantry endure high rents and a life of toil in the fields. The towns are just as divided, with luxurious mansions and townhouses standing above dockside slums.

However, the south is also known as a land where the commoners have a deep connection to the spirit world. The Heart of Earth in the west and the Heart of Wood to the northeast both inspire the faith of the peasants and strengthen their resolve. Some of the most capable witches in Arginet’s history have been from the Summer Coast - and there are still tales of secret convocations where blood sacrifice is made to the spirits. The Seekers of the Utmost are also active in Suddene and the other port towns. In recent decades they have grown in power as the poor and desperate come seeking a new meaning to life.

Politically the south is one of the most strongly Reformist parts of Arginet. The Noble Houses have a significant presence but little support from the commoners, and while the Armies are more popular inland, the sharp decline of the Navy has led to bitterness in Suddene and the towns.

The divide between rich and poor often shows through in southerners’ clothing. The nobles and wealthy merchants dress in elaborate, ostentatious outfits suited to the warm climate - with a fine hat considered the ideal accessory - while peasants mostly wear simple and much-repaired tunics. Those with money favour one-handed swords and bucklers suitable for fighting in the streets and aboard ships. 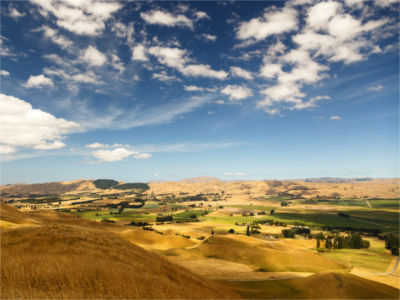 As the largest port in the realm, Suddene has always been a colourful city but also a dangerous one. Resentment has long been growing between the magnificent New Town and the dockside slums of the Old Town; robbery is a constant threat, especially for the rich, who traditionally prefer to go about fully armed and guarded rather than hide their wealth.

The rapid decline of sea travel since the Breaking has hit Suddene worse than any other city in Arginet. Unemployment and hunger are rife, and many former sailors - even from the Navy, once the main force of order in the city - have turned to crime to make ends meet. In this environment the most fanatical Reformists have found a wellspring of anger and a ready supply of recruits.

Unlike Suddene, the busy market town of Chipping Hythe is weathering the Breaking relatively well. Although it does have a port it has stronger ties to the land than the treacherous sea. Fields and farms still need to be defended against monsters, of course, but the local landlords usually have enough money to pay for guards and weapons. The harvest is going ahead more or less as usual and there may even be a decent surplus of valuable grain.

Nymet is a small town known partly for fine livestock and fish but mostly as a pilgrimage destination, particularly to shrines of Bear and the other elemental spirits. It bears a longstanding rivalry with Crownhaven to the northwest.

Traditionally a fishing port and a safe stop on coastal voyages, Combe is now suffering badly from the effects of the Breaking, with few ships now gracing its harbour. The shore has been already directly attacked by sea monsters and the local nobles and Army are both cracking down in an effort to keep order. 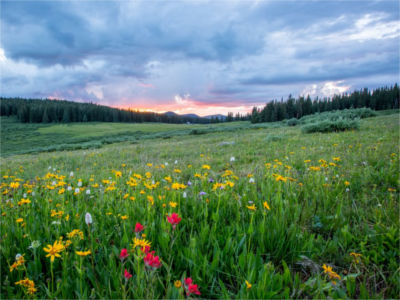 The Heart of Earth

The Heart of Earth is a broad, sheltered valley in the southwest of the realm. There are no villages or even houses, but great herds of cattle and sheep roam the lush meadows alongside deer and other creatures. The few humans who live there follow the herds in wagons and on foot, and at the end of every summer they hold a great festival that draws the common folk from far and wide, celebrating the blessing of the spirits of Earth and the bonds between all people - and the sacrifices offered up at each festival are said to ensure the bounty of the harvest throughout the realm.