Part of a series about the political factions of Arginet.

Beyond the basic principles of animism, religious tenets and practices are extremely diverse. Priests tend to organise into orders sharing a common goal and creed and ‘agreeing to disagree’ with other organisations.

Some of the best-known and most impressive are the formal, established orders, such as the Order of Heavenly Radiance who minister to the crown. The Temple of the Fivefold Way, though more modest, is also one of these. Smaller shrines and ministries might attend to the spiritual guidance of villages or urban neighbourhoods or to a specific group or profession. Independent priests, both settled and itinerant, are common as well. 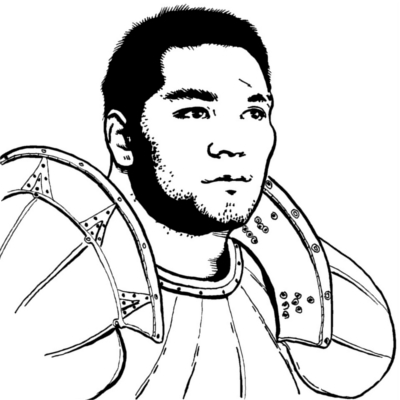 There also exist exclusive groups dedicated to a specific element, code of conduct (sometimes set by a patron spirit), or ancestor (worship of King Estienne is a longtime favourite). These have a reputation for eccentricity but also unusual insight and abilities: a fair few hero cults have made names for themselves through impressive acts of courage, wisdom, or violence. Members of militant sects often style themselves ‘paladins’, an increasingly popular path in these tumultuous times.